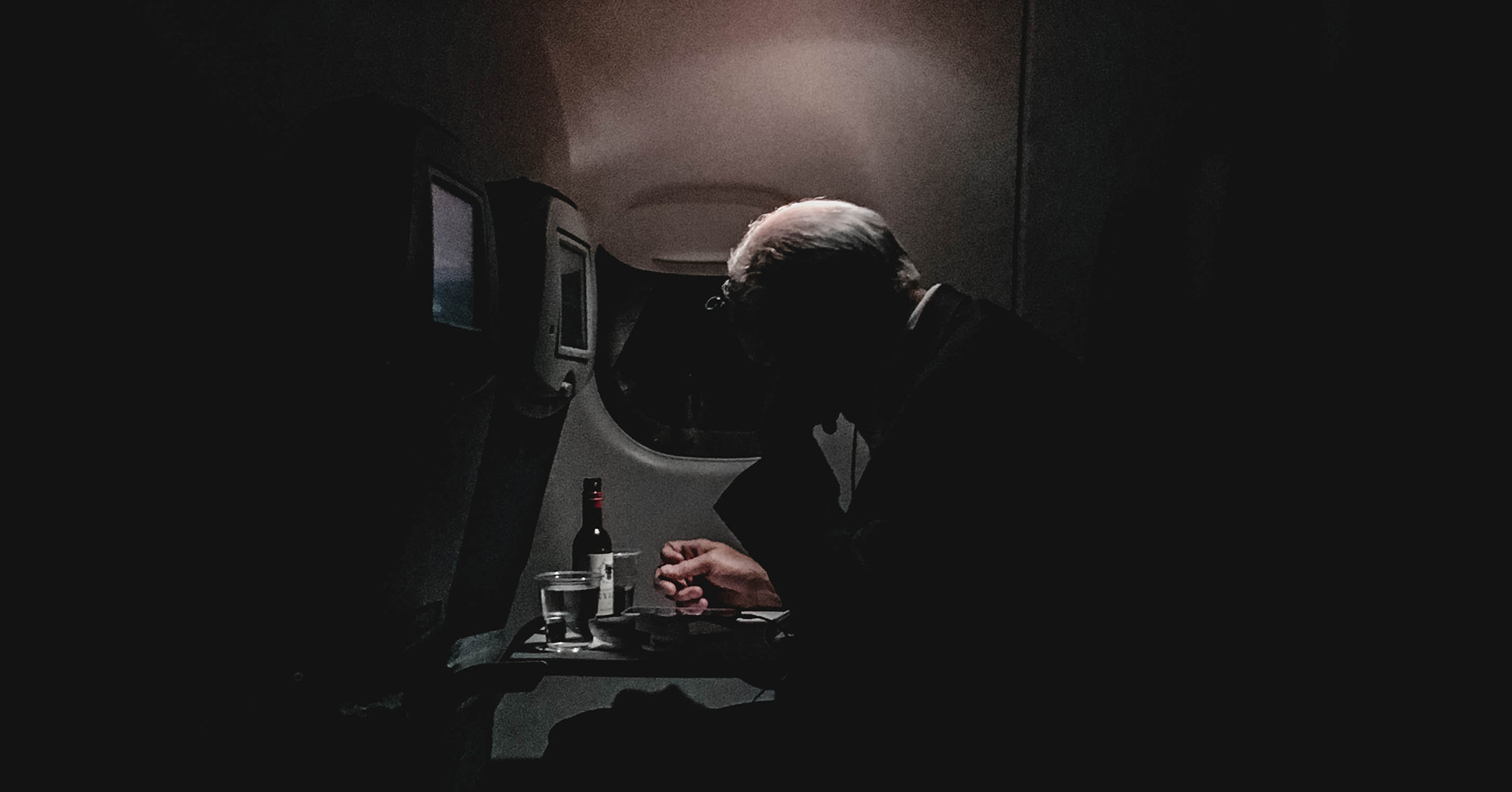 Before we get to science: according to Coleman1my brother and the other person who writes on this blog, the best thing to eat on a long plane ride is nothing. I can’t fault his logic; the health benefits of short-term fasting are well established and the food options available at airports and on airplanes are generally hot garbage. Just eat a nutritious meal before and after your journey, and don’t worry about needing to find food in the airport.

This is, of course, easier said than done. Even as someone who’s pretty good at not eating for long stretches (I rarely eat breakfast and often go until 2 or 3 PM before I eat anything), not eating for the duration of a long travel day is a tall order.

Plus, it’s terribly embarrassing to have a hypoglycemic blackout while standing in the aisle waiting for the lavatory and then have to assure the flight attendants that yes, you’re fine and that yes, this happens sometimes and yes, some orange juice probably would help, thank you.

Once you decide that you need to eat something, the next question is obvious: what are you going to eat? In my opinion, the best food for a plane ride meets a handful of criteria:

The push and pull of palatability and satiety

These criteria are harder to satisfy than it might seem, because it’s extremely easy to overeat (and not get filled up) on most dense, high calorie foods. Before we get into what to do about it, let’s talk about why.

When we encounter these characteristics in our foods, our brains fire off a bunch of natural cannabinoids and opioids to reward us; these cannabinoids and opioids also mask feelings of fullness and encourage us to keep eating, often leading to overeating.2This, incidentally, is why marijuana gives people the munchies and why opioid users have a strong desire for sweets — direct excitement of those brain systems with drugs leads to dramatic decrease in fullness signaling

On the other side of the coin is the impulse to stop eating, usually referred to as satiety (or just fullness).3For reasons that are beyond me, the scientific literature insists on making a distinction between the term satiation, which means being done with a specific meal, and satiety, which is a general feeling of fullness, leading to things like the infuriatingly named study Palatability affects satiation but not satiety. Satiety is controlled by totally different set of neural and hormonal pathways than palatability, mostly relying on things like increased levels of amino acids4the main building block of proteins, glucose5the main building block of carbs, and fatty acids6the main building block of fats in the blood, along with the presence and volume of food in the stomach.

I find it useful to think of satiety and palatability as opposing forces. Satiety is telling you to stop, palatability is telling you to keep going, and the louder one wins. To find foods that meet our criteria of “dense but filling”, we basically need to find high satiety, relatively low palatability foods: foods that are high in protein (because protein is the only macronutrient that doesn’t also make foods more palatable), high in fiber (high fiber foods are highly satiating, although the how and why is up for debate), bitter, and low in fat, salt, sugar, starch, and free glutamate.

Did you know that the government produces a database with nutritional information for nearly 9000 kinds of food, with everything from abalone, raw, to zwieback7I googled it so you didn’t have to: it’s a European cracker materially similar to Melba toast., to two separate entries for T.G.I. Friday’s, chicken fingers and T.G.I. Friday’s, chicken fingers, from kids’ menu? Until I sat down to try to write this article, I also did not know this.

But once I found this database, it made finding foods that fit these specific criteria — and therefore the foods that would make the best plane snacks — relatively straight forward. I would eventually like to make a model that predicts how filling or not-filling a specific food is based on its nutrient profile, but for this exercise, setting some thresholds on acceptable levels of protein, sugar, fiber, fat, salt, etc worked just fine (although we had to cut bitterness and free glutamate as considerations — the data doesn’t record measures of those).

So, what actually counts as “dense but filling”; as “high satiety but low palatability”? We’re interested in highly dense food, so we’ll sort our list by calories per 100g; from there we have to set our thresholds. The criteria I came up with were:

Once you put all that together, you get exactly one food: everyone’s favorite snack, soy flour.

Let’s relax the criteria a bit. We’re shooting for “not super palatable”, not “completely unpalatable”, and I so think it makes sense to go for “good enough”: we have to hit the high protein and low sugar thresholds (because those are important for other reasons); from there we’ll try to go three for four among the remaining concerns of low salt, low fat, high fiber, and low starch. These criteria start to give us some pretty reasonable lists:

Plane snacks that are low starch, low fat, and low salt, but not high fiber

These are the “pure protein” foods:

These turned out to be your standard bland carbs:

Here we have a category full of unsalted nuts:

Some of these are obviously a little better than others in terms of portability and actual snacking potential. Still; this is the list according to the research. You can probably move a little further away from “optimal” than I have here if you’d rather something more snack-y and you’re not someone who tends to overeat — personally, I tend to roll with nuts, (non-low-sodium) dried or cured meat, and protein shakes. (I find that the salt content of the cured meat doesn’t lead to overeating for me. My guess is that extremely high sodium in absence of other palatability signals actually wraps back around to unpalatable, but that’s just a guess.)

With the exception of maybe nuts and beef jerky, you will have to bring most of these with you to the airport.8Or more realistically, grab them at a Whole Foods on the way to the airport I don’t see this as a bad thing — a lot of airport and airplane eating is done just to pass the time, and bringing just what you intend to eat (or more ideally, what you might eat if simply not eating isn’t working out) forces you to be intentional about what and how much you’re eating.

Also, when you’re looking at these lists and not seeing any green vegetables, keep in mind that we’re optimizing for a handful of specific things here, namely:

Are all of the foods that meets these criteria healthy? If you eat just them for the rest of your life, probably not, but they’re fine twice a week during a plane ride — just have a salad after. Or combine multiple foods to hit these criteria, something I didn’t really get into at all. Or bring a small farm’s worth of vegetation with you on a long flight, like my lunatic brother. This is just meant to be a starting point for you to make your own choices.

To that point, this is a good example of why declaring a food “best” is such a hard nut to crack.9Forgive me for this horrible pun. “Best” doesn’t mean anything alone; “best” always depends on context. It’s relatively easy to figure out what’s best for a specific setting like a plane ride, because we have more detailed criteria: highly filling, small package, not going to encourage overeating. But in general, we’re optimizing along a ton of different preferences, and something that might be perfect for one situation might be horrible in another.