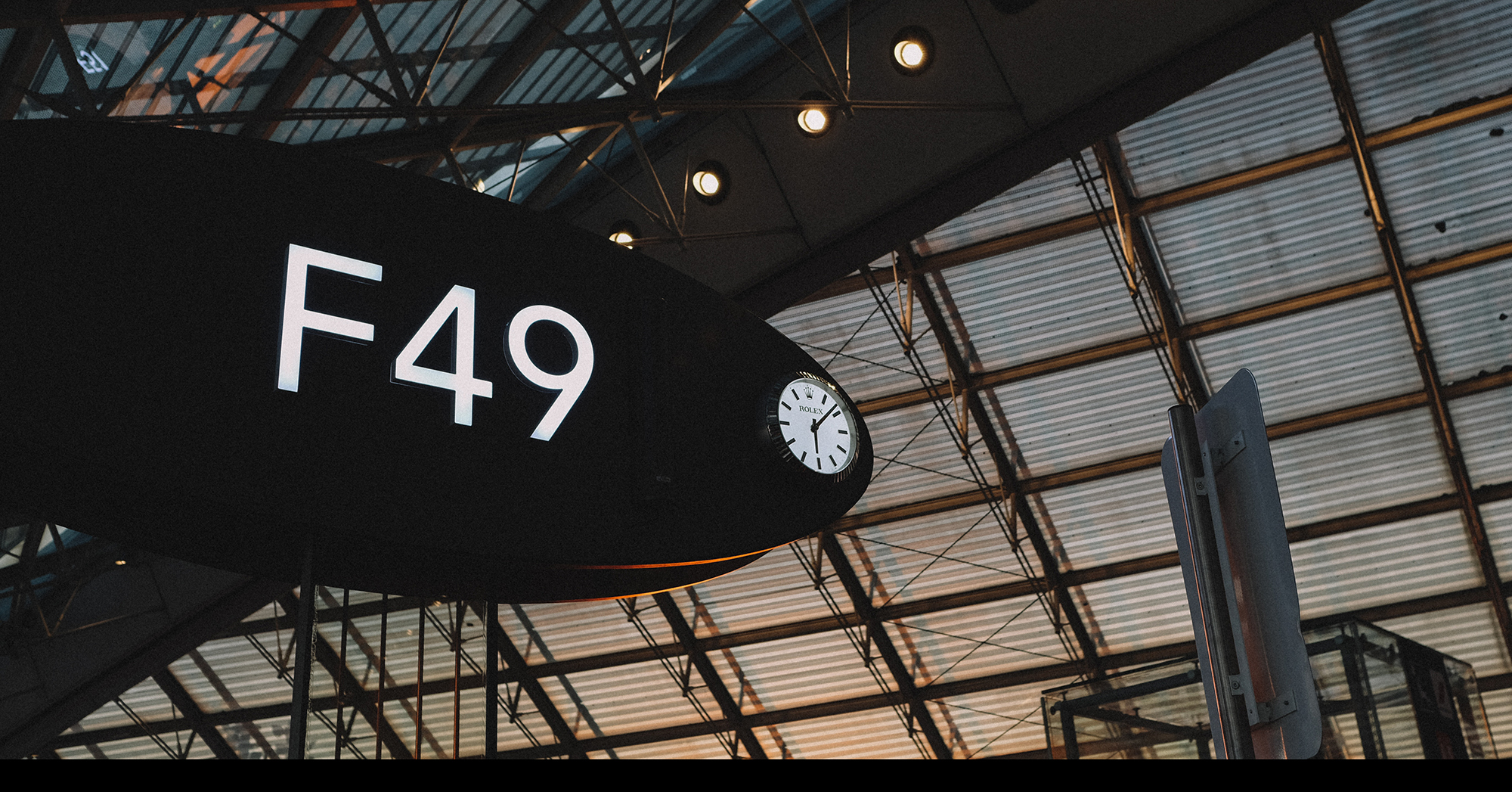 I don’t eat airport or airplane food unless I absolutely have to. I’d recommend you do the same.

The “good” food options that exist in these places are normally bland, low-quality, and unpleasant to eat, and the rest are something I call hotwire food — hyper-palatable, calorie-dense, high-carbohydrate, high-fat, low-protein, low-micronutrient concoctions that hotwire our brains and have evolved via economic natural selection to and fill our airports, groceries, and convenience stores because we literally can’t resist them.

These hotwire options are delicious and psychologically satisfying, but totally devoid of anything that could be generally considered ‘good nutrition’ — and because of some combination of stress, or desperation, or poor planning, or worst of all, boredom, they seem to call to us in the airport even more than normal.

Folks who consistently cook nutritious meals for themselves while at home can suddenly find themselves eating Cinnabon or McDonalds or take-away personal pizzas — I know I personally have had way more “fuck it, ice cream for dinner”-type thoughts when I’m an hour delayed than when I’m sitting comfortably at home.

This poses a problem for anyone, but like I’ve said before, there’s virtually nothing you can do in one sitting that will ruin a regular habit of eating pretty well. But as a business traveler, you may be eating in an airport or airplane twice a week or more. It can add up.

So, the goal with making food choices in an airport is mostly damage control—you can’t change the food they’re offering you, but you can make the best of a less-than-ideal situation. First, two strategies for not eating the food at all, and then one when there’s no other choice.

Eat around the flight

If your travel time is less than ~8 hours, and you don’t have some other obligation immediately before or after traveling, just eat around the flight. Have a meal before, have a meal after, even if it means an early lunch and a late dinner. This is what I do probably 95% of the time.

If you’re not used to going long stretches of time without eating, this may take some getting used to, but it’s entirely possible. Hunger is mostly psychological, not biological — the same metabolic greediness that makes hotwire foods possible makes us want to eat as often as possible, but we don’t actually have to.

The “eat only when you find or kill something” lifestyle of our hunter-gatherer ancestors made it so we can easily go four or eight (or even twenty-four or forty-eight) hours without food and still function well. There’s even some emerging research that doing this is even good for you.1I intend on writing an extensive rundown on this sometime soon. In the meantime, google “intermittent fasting” or “time-restricted feeding” for more than you’d ever want to know.

If you find yourself with a strong urge to snack at the airport, I’m not telling you should under no circumstance eat, but I’d like to ask you to interrogate why you want to eat in the first place before you do. Are you actually hungry? Do you feel hunger? Or are you just bored? No judgement here — there’s not a lot to do on an airplane, and if you don’t plan to have things to do, a bag of snack mix can be a wonderful distraction. If you’re having a particularly hard time not eating on flights, a good approach is to bring decreasing quantities of your own snacks until you don’t need to bring any.

If you can’t eat before you get to the airport or you’ll have too much travel time to make not eating practical, the next-best option is to get better food beforehand and bring it with you.

The TSA will let you bring pretty much any food through security, save maybe soup or yogurt (liquids and gels!), so the real considerations for what you bring are mainly 1) being able to survive a trip through security, 2)lack of access to refrigeration, and 3) your imagination.

You’ll notice I say get, not make.

Making food it is one way of getting food, and ideal for having the most control over what you’re eating, but it takes time, requires the purchase of cheap recyclable containers so you don’t have to deal with carrying tupperware around all week, and requires the kind of planning and prep that you don’t have the equipment for during the week and probably don’t want to make the time for over your precious weekends home.

But bringing entire meals that you did not prepare is totally fair game as well — take-out from outside the airport is normally preferable to in-transit food options; the selection is better and more varied, and it’s worth the slight detour. Even when I’m flying from my house, I’ll often make a ten-minute pit stop at a Whole Foods on my way to the airport and pick up a salad from their salad bar for an in-transit dinner if I haven’t eaten that day.

Snacks are also great, as an adjunct to eating a real meal before and after your flight, or as the whole strategy. Kennedy wrote an entire piece about which snacks are best for a carry-on, if you need suggestions.

Okay, fine: eating the food in an airport

Sometimes you’ve got a busy afternoon and no time to eat before you get to the airport itself, or you forget to put a fresh thing of almonds or jerky in your bag when home, or you have an especially long layover, or you’re just hungry. It happens.

Three tips to keep in mind when buying and eating food in airports:

Just have a snack. Even if you need to eat something while in transit, that doesn’t mean you need to eat a whole meal. Have a snack to tide you over and then have a small meal from a better source once you’re done traveling. To summarize Kennedy’s article: the best snack options are high in protein and moderate in fat, because they’ll keep hunger at bay for the longest. Options include hard-boiled eggs, jerky, the better protein bars (Smoothie King and Jamba Juice both sell Quest bars, my personal go-to), nuts, and so-on. Be careful with nuts, though — they’re surprisingly calorie dense for their size, and the packages sold at most airport newsstands contain well more than one snack’s worth.

Eat a Chicken Caesar Salad. This is a good test to see if you’re buying food because you want something to do or because you need food. There are hundreds of to-go chicken ceasar salads in airports. Everyone sells one, and they’re all a little gross—the lettuce is normally slightly past crisp and the chicken is cold and cardboardy—but the nutrition is on-point. I normally buy two, ditch almost all of the croutons and only use a tablespoon or two of the provided ocean of dressing, which puts it closer in line with my general macronutrient goals.

Don’t drink. The only reason to drink in an airport or on an airplane is as a pastime, a de-stressing tool, or an anxiety fighter, and in all cases, there are better options. Alcohol will dehydrate you in a situation where it’s already hard to stay hydrated, and provides no benefit towards hunger or nutrition. I don’t see the need to never drink, although we would probably all be healthier for it, but save your drinks for a happier, more social occasion than killing time at the MIA Margaritaville.

You should really only consider eating food prepared on an airplane when you’re flying internationally, and can’t or don’t want to be the crazy person that brings a styrofoam cooler of chicken and a backpack full of vegetables (note: This is possible, I have done it. Just expect some weird looks.)

When you are flying internationally and have no other choice, it’s good to know that airplane meals are actually not too bad from a calorie density perspective, clocking in at a reasonable 400-500 calories per meal. They just have a bad nutrient profile.

So, consider modifying the nutrient profile of these normally underwhelming meals by bringing some protein powder, jerky, nuts, and the like to bump up the percentages of micronutrients, healthy fat, and protein.

Past all of these little tactical tips, there’s one larger point I want to make. It’s about intentionality.

I want to talk about intentionality because I’m not actually interested in talking in too much detail about eating well. Even at its best, “eating well” is deeply complicated and relative to one’s personal situation and goals. At worst, it’s so mired in pseudoscience and bullshit peddlers that we miss the forest for the cold-pressed trees.

So, I’d rather talk about intent, and provide recommendations to help you eat what you intended to eat, no matter what specific rule set you’re following. This is the real danger of airport food — derailing you from your intentions, not whatever specific definition of “good” or “bad” you subscribe to.

The “acutely plan every calorie that goes in your body” approach that most “gurus” and nutritionists espouse is impractical, unpleasant, and totally incompatible with life on the road, anyway. The good news is, it’s not necessary — a little prior planning, an approach that lets decision making be conscious, and a few tricks to help nudge you towards your better implulses are plenty.

That’s what I see as the value of these tips, ultimately: they’re not a comprehensive strategy guide to eating well in all contexts — but they are a small way you can be a little more intentional about it in one of the tougher ones. We climb mountains the same way we climb hills: one step at a time.