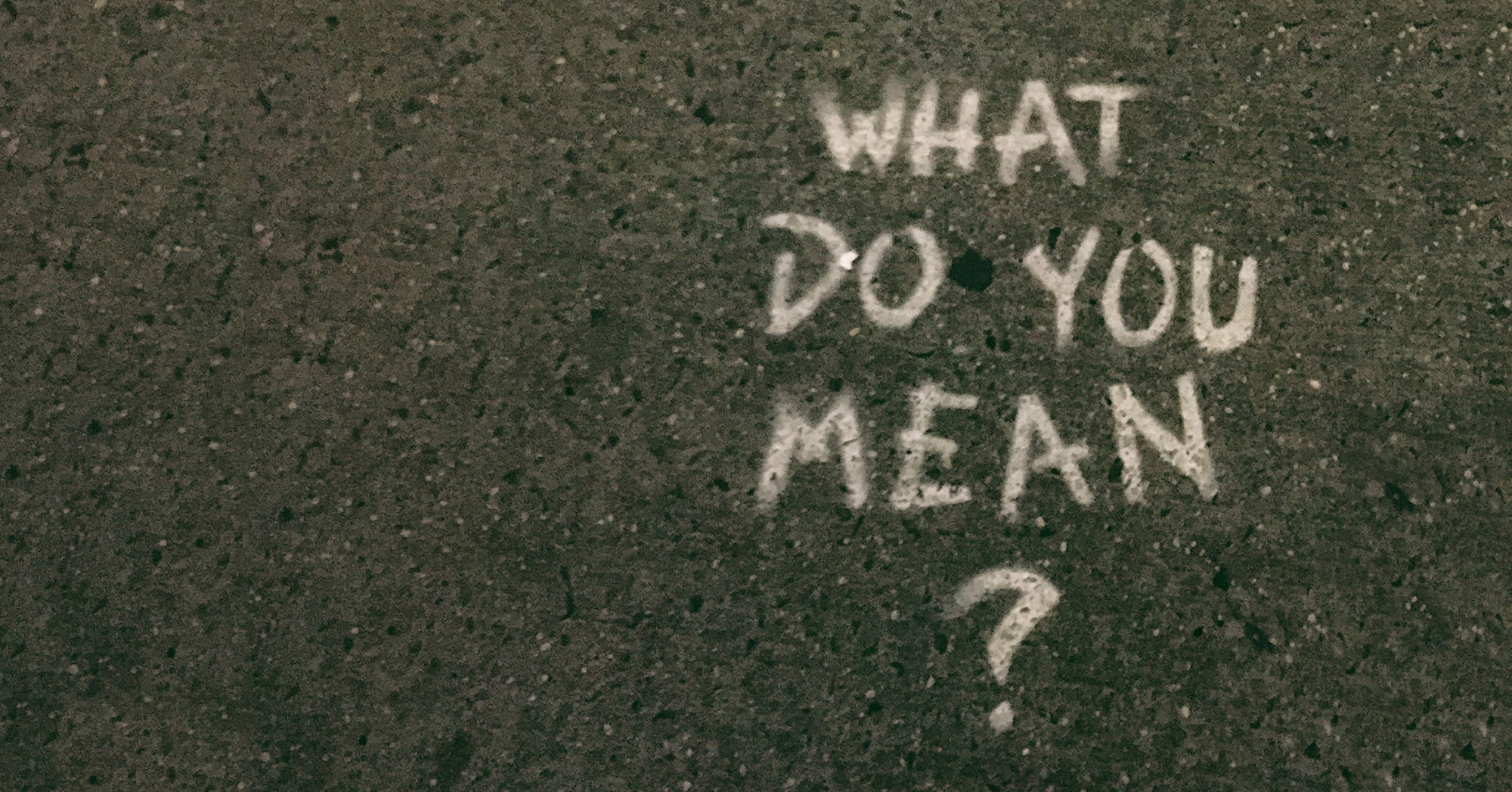 There’s a maybe-apocryphal1From 15-minutes of google research, it seems it’s not apocryphal so much as heavily paraphrased. The actual quote is from the Dictionnaire philosophique, and goes: “Define your terms, you will permit me again to say, or we shall never understand one another” and then goes on to list the kinds of undefined things he’s specifically referring to:  “Miracle, something admirable; prodigy, implying something astonishing; portentous, bearing with it novelty; monster[.]” Our list is a little different. Voltaire quote that I’ve been thinking about (and using) a lot recently: “If you wish to converse with me, define your terms.”

For better and worse, I’ve gotten a bit of a reputation around the office and in my social circles as being more knowledgeable than the average Joe or Jane about certain topics, namely the ones that appear on this blog: travel, productivity, exercise, nutrition, health, and so-on. This is probably because, as the teens say, I have no chill when it comes to this stuff. I always want to talk about it, and will happily overshare with even the smallest prompt. Case in point: I spend my limited free time clacking away at a blog about these things instead of scrolling through Instagram or whatever it is that people with chill do.

Given this reputation, folks ask me questions about these things. They ask about this or that thing they read online,  heard from a friend, or saw an ad for; if I’ve got opinions about whatever topic from my wheelhouse that happens to be on their mind.

For the most part, I enjoy this immensely — it’s a lot more interesting to me than talking about the weather or how the Bulls are doing.

That said, I’m rarely able to give an exact, unqualified response. I often just plain don’t know, and say so.2A decent amount of the time, when I don’t know something I’ll look it up and get back to the person who asked. Not because they expect me to, but because of my previously mentioned lack of chill — not knowing itches at my brain. But this is one of the main ways I find new books and learn new things, so I can’t complain too much. More often, though, I can’t give them a straight answer because I haven’t been asked a straight question.

There are two main types of un-straight questions in the cluster of things I get asked questions about:

How about an example?

Let’s pull some examples from the field of nutrition, because of the topics I dabble in, it’s the topic that is somehow immune to critical thinking. In nutrition-land, an example of the first kind of question would be something like “are carbs really that bad for me?”, an example of the second would be the even simpler: “is this healthy?”

The honest answer to both of these questions is “it depends.” I don’t mean this in a relativist “nothing is truly true” sense — nutrition is a science, and while there are lots of things we don’t know, there are objective truths. Instead, I mean it practically. it depends because there’s not enough information in the question. Unfortunately, “it depends” is neither a practical or useful response, and the people asking are normally friends of mine.

In the “carbs” example, the undefined terms are: bad, and me. Carbs may also be on the table, depending on the asker. In the “healthy” example, it’s just the word healthy. In reverse order because it makes more sense for the point I’m trying to make:

The practical value of pedantry

If all of this seems a little pedantic, I agree. It is. I think that’s a good thing. I think you should be this pedantic too.4 You still have to be considerate of other people’s time and attention, of course. I try and be as un-pedantic as possible when I’m following this line of conversation with other people — who often don’t expect or need this kind of interrogation in response to what they thought was a simple question, although I suppose you should really ask them how successful I am at that. That said, when I’m asking myself these questions, I’m pedantic as all hell. Asking good questions to yourself and others is important, and worth being pedantic about, because better questions lead us to better answers.

I don’t mean this in a professorial, philosophical sense. I mean it in a practical, operating-system-for-everyday-life sense — how do you know what to do if you don’t know the rubric you’re scoring yourself against? How do you make informed decisions about the inherent tradeoffs between health, productivity, happiness, success, or anything else you want if you don’t know what any of those things mean, specifically? If you don’t have definitions for each of those words, how do you know if they’re worth pursuing at all?

Again, despite that string of questions, the point here is not to ponder the meaning of heady concepts. It’s to help you decide what you’re going to do later today, and tomorrow, and the next day. Define the terms, and then make them your rules of engagement. What’s the endgame, and what are the daily, low-level actions that put you on a collision course with it? No bad answers here, as long as they’re the answers to good questions.

You may not even have the answers to all of the questions. Totally fine. But be active in the process of figuring it out. Take a guess, do something that moves you towards that version of the answer, and update as needed. You’ll probably be updating your entire life. That’s encouraged. It means you’re learning.