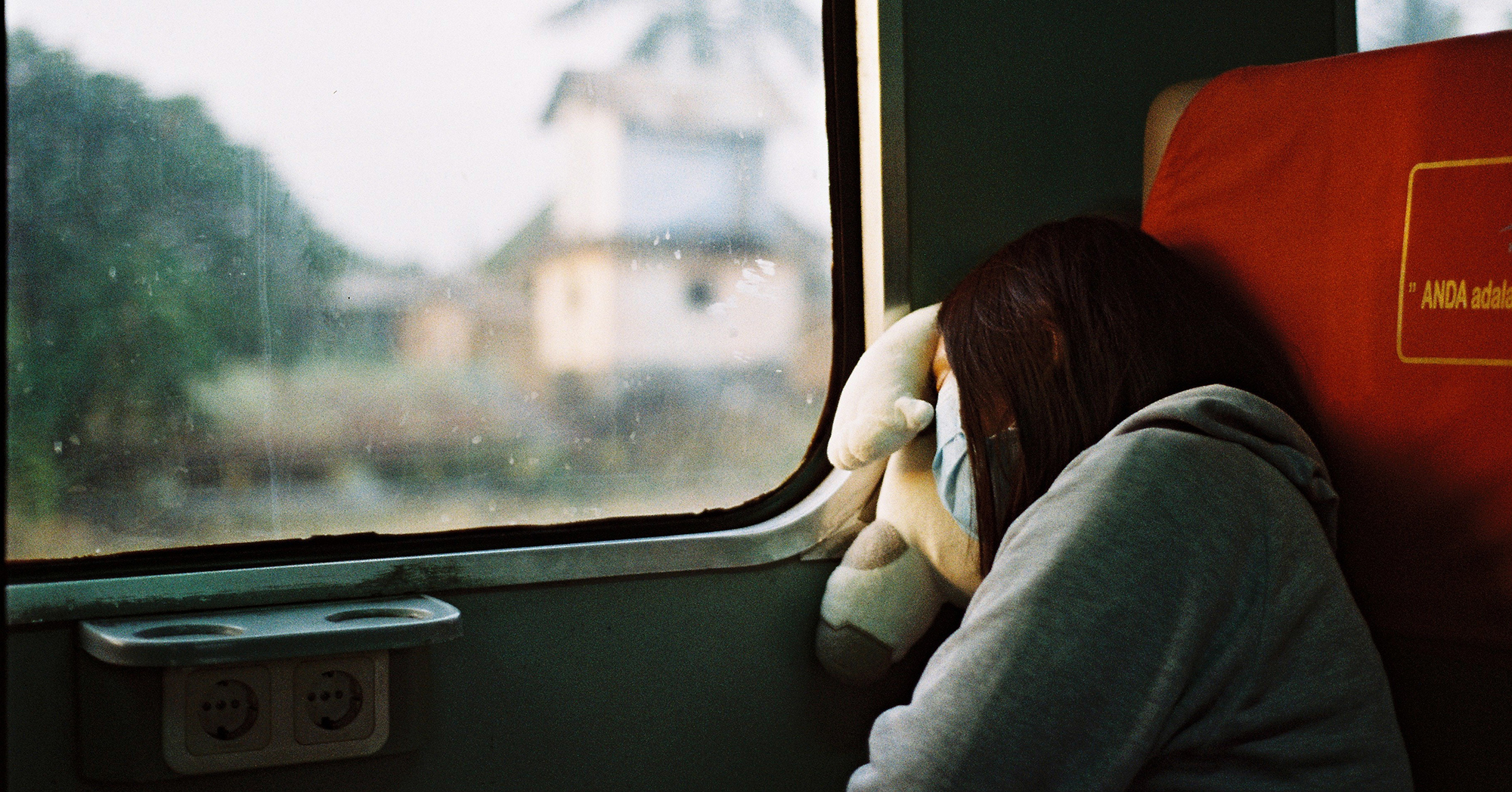 I recently wrote about how much sleep is enough sleep — enough in this case meaning “not going to die from sleep deprivation related illness or accidents.” The answer, while nuanced, is pretty straightforward: sleep until you’re not tired, both when you wake up and throughout the day. Depending on a number of environmental and genetic factors, that probably means sleeping no less than six hours per night, and likely more.

But: for many top performers and Type A lunatics such as myself, enough isn’t a good criteria to work from. Enough isn’t enough. We’re concerned with what’s best, what’s optimal. What amount of sleep is going to make us the smartest, fastest, and fittest? How much sleep should we get for peak performance? How much sleep should we be getting, really?

The answer to that question is a little less straightforward and a little less research supported, although I have a theory that I’m going to build a case for, and some recommendations that come from that theory.1Which can be found at the end of the article, if you just want to skip to the recommendations. But first, we need to talk about how sleep works, what it does for you, and how.

The two-process model of sleep

While it may seem like feeling tired and feeling awake are two sides of the same coin, scientists generally agree that those two processes — alertness and desire for sleep — are actually two separate processes in the body. One, called Process C2For “Circadian,” because Process C is governed by your circadian rhythm, and is sometimes called the “Circadian Sleep Process”., governs how alert we feel, and the second, Process S3 Also called the “Homeostatic Sleep Process”. Of course, “homeostatic” does not start with S, which itched my brain enough that I went digging to find the origin of the S. Turns out, it refers to an unknown “Sleep-regulating variable” (or group of variables) that exerts a pressure to sleep over time, which was arbitrarily named S in this paper, and seems to have stuck., governs how tired we feel. Process C is influenced by external factors such as sunlight, food, and exercise, while Process S responds to an internal need for sleep that slowly builds the longer we’re awake and dissipates while we sleep. If you’ve ever felt tired yet somehow also alert, you’ve experienced what happens when these two cycles get out of sync.

When “deciding” whether or not to sleep, our bodies take both variables into account: sleep pressure from Process S, and alertness from Process C. For most people on normal sleep schedules, Process C alertness starts picking up right before waking, is at its highest in the morning, levels off in the afternoon with a slight dip around 2:30 PM, and then craters once the sun goes down,4To be a little more pedantic about it, Process C itself is also governed by two process: the stress hormone cortisol and the sleep hormone melatonin, which act together to regulate how alert you feel. while Process S tiredness increases consistently throughout the day.

Practically, that means that at night, when sleep pressure is at its highest and alertness starts to diminish: time for sleep. (For a visual representation of this phenomena, check out this image.)

Sleep stages and what they do for you

Unsurprisingly, some of the purpose of sleep is to decrease Process S tiredness, but not all of it. Sleep can be broken up into four5Previously five — recently scientists combined phase three with phase four to create a new phase three. distinct stages, each with different purposes (although we’re still not totally sure what those purposes are). Because we need all of them, and we evolutionarily want the ability to survive on very little sleep if necessary for a short period of time, we don’t get all of one and then all of the next and so-on serially throughout the night. Instead, our brains move through the stages in cycles throughout the night, with each cycle lasting around 90 minutes. Within those cycles, we move through the following (creatively named) phases in order6Sort of. We actually move back up through them as well, and REM sits between N1 and N2 — so more accurately, a cycle looks like N1 => N2 => N3 => N2 => REM, then back to N2 => N3 => N2 => REM, etc. N1 only shows up again if you fully wake and have to fall back asleep; also towards the end of the night you’ll sometimes skip N3 and just cycle back and forth between N2 and REM.: N1, N2, N3, and REM.

While we move through these stages more or less in order, and cycle through them five or six times throughout the night, each cycle doesn’t contain an equal proportion of each stage: early cycles are almost entirely N3 and contain very little REM, while late cycles contain almost no N3 and are almost entirely REM. In my last article about how much sleep is enough, I mentioned that the amount of sleep we need is adaptable — it’s this backloaded REM that makes that adaptation possible.

By the end of a night of sleep, Process S tiredness is about as low as it gets — yet sometimes, depending on our environment, we keep rolling into that last hour long chunk of REM sleep. This makes sense from an evolutionary perspective, because recovery might not be the only evolutionary purpose of sleep.

According to British sleep researcher Jim Horne, it’s likely that sleep kept ancestral humans out of harm’s way during the dangerous night, and so we adapted to sleep more during the parts of the year that are longer. Additionally, Horne believes that REM is tightly tied to desire for food, and that in ancestral humans, its primary purpose was to make us more successful at foraging — by strengthening procedural memory, we become better at figuring out how to catch prey and which plants are good to eat, even if we’ve never faced that prey or that plant before.

It also makes sense, then, that we would need less of it during the summer, when calories are generally more abundant, than in winter, where it’s much harder to come by food, which is exactly the case.

But: we don’t just use our procedural memory for foraging anymore. For most knowledge workers, the ability to make connections by analogy and to think creatively is core to our ability to create value. We need that procedural memory and the other effects of REM sleep to be successful, even if we don’t need it to stay physically healthy.

How much sleep is best?

With all that out of the way, this is my theory: if we’re able to sleep less and stay healthy by shortening or completely removing the last portion of REM sleep from our nights, and if REM sleep is the kind of sleep most closely associated with memory consolidation and cognitive performance, then it stands to reason that the optimal amount of sleep is the sufficient amount of sleep discussed in the previous article, plus that one last chunk of REM sleep.

Practically, that means you should be sleeping however much you would need to not be tired, plus forty-five minutes to an hour — which, for most people, probably comes in just under or right around the standard eight-hour recommendation.

So: how do we figure out how much to sleep? Are you already sleeping optimally? How much of that final bout of REM sleep are you currently adapted to skip?

You’ve got to start by figuring out how much sleep is enough sleep for you. I’ll remind you of the heuristics I laid out last time:

More practically, I actually strongly recommend using Sleep Cycle or another similar “we wake you up when your sleep is lightest” alarm. Guess at what a sufficient amount of sleep might be and set it so that the app’s 30 minute wake-up window straddles that time (if you don’t know, set it so the window falls between 6.5 and 7 hours of sleep). Do this a few nights in a row and see how much sleep you end up getting on average, which should give you a good idea of what your sufficient amount of sleep is.

Then, add 45 minutes to that time, set it in a normal alarm, and delete that app.7Delete it because Sleep Cycle and other actigraphic sleep alarms are specifically trying to wake you up during N2; because REM sleep is preceded by N2 sleep, when you’ve got them set in the sub-7ish hour range, they’ll usually wake you up during the N2 stage that precedes the final REM stage that we’re trying to get — no bueno. Now, we need some more heuristics to see if you’re getting an optimal amount of sleep. You could do some kind of cognitive testing like dual n-back to see if you’re getting the procedural memory benefits, but I generally think that’s overkill. For my money, if:

Then you’re probably getting the optimal amount of sleep for you, your genetics, and your circumstances. If you’re not, add 10 minutes to the previous time, and try again.