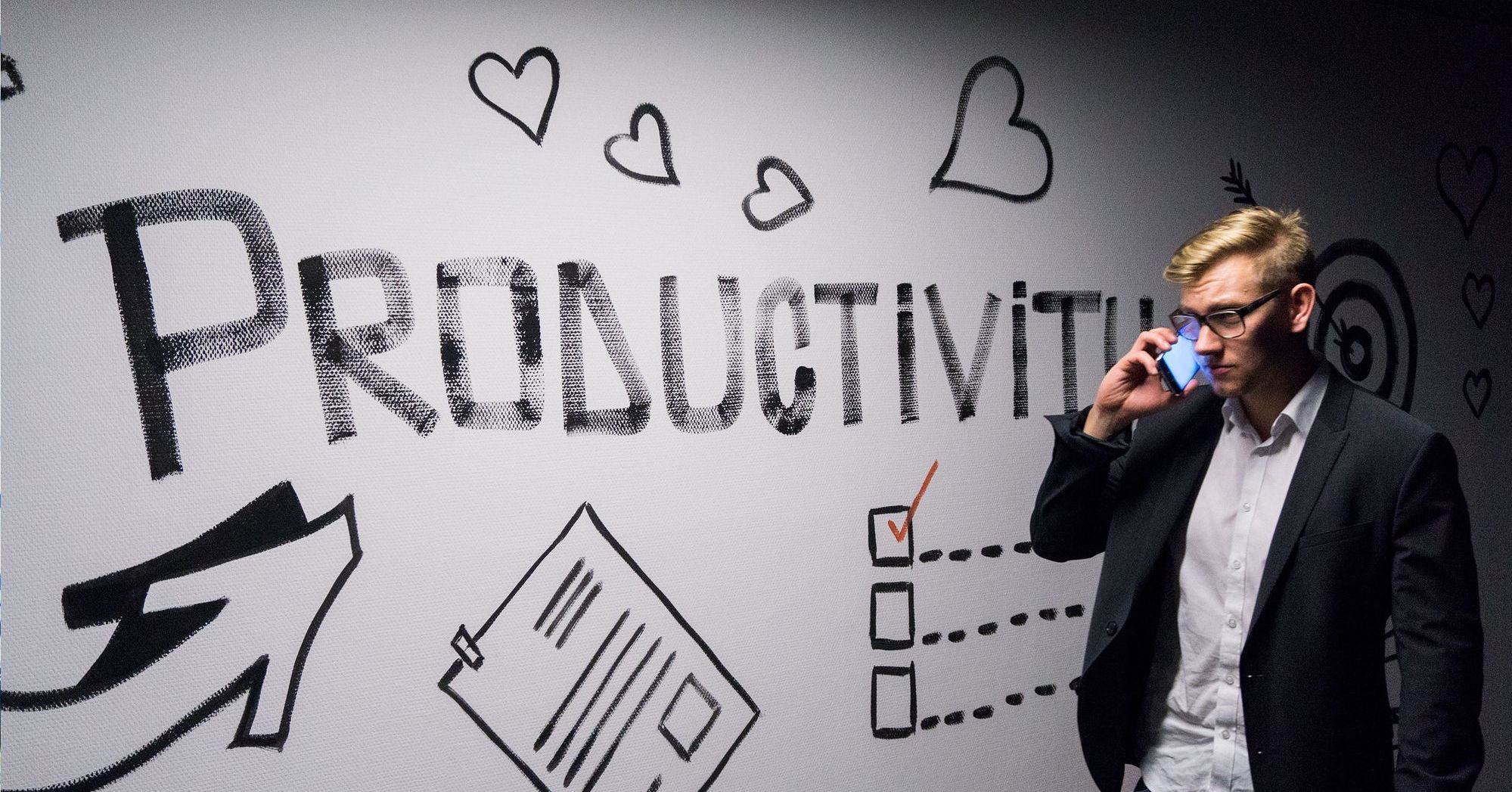 As I ease into my third month of consistent work travel, I’m finding it really difficult to not think about the environmental impact of this lifestyle.

Air travel is one of the largest sources of carbon emissions; so are the Ubers, Lyfts, and taxis I take to and from the airport. Factor in the takeout containers, single use toiletries, snack wrappers, and other bits of jetsam that I leave in my wake, and I’m not exactly a model citizen when it comes to taking care of the planet.

So, I’ve been reading about sustainability and similar things. One of these days, I’m going to synthesize that into a guide on how to live in a less environmentally shitty way on the road, but there’s more research and testing to be done on that front before I share anything, so today is not that day. Instead, I’d like to talk about how a simple idea that I picked up while doing that reading about the sustainability movement can actually be a valuable way to think about something just as dear to be: making our lives and work more productive.

Since the rise of Earth Day in the early 1970s, “Reduce, Reuse, Recycle” is one of the most common slogans associated with sustainability and environmentalism. I’ve probably said that phrase out loud or in my head a thousand times over the years, but as part of this recent “business travel has a massive environmental impact kick”, I decided to dig into them a little more.

Turns out that this slogan has another name: the waste hierarchy. In an even more curious turn, it’s not just a slogan. Maybe you already knew this, but: I had always assumed that phrase was just trying to say “do these three things that start with the same letter,” but it’s actually a set of prioritized instructions.

The hierarchy is really saying “reduce, and if you can’t, then reuse, and if you can’t do that, then recycle.” (Which, admittedly, is significantly less snappy or memorable.) You’re only supposed to do each item after you’ve already exhausted every opportunity to do the earlier ones. Since being coined as the Three Rs, the waste hierarchy has become even more complicated, spawning six layer pyramids and complicated diagrams that look like a conspiracy theorist’s fever dream — but again, I’m here to talk productivity, not sustainability.

I really like the concept of a hierarchy of activities, and I think that we can create a productivity hierarchy that works in a similar way to the original “Three Rs” waste hierarchy.

In productivity, there are three concepts that are generally viewed as equivalent or equally valuable, but that I1And others; notably, this notion of “do this then that” productivity features prominently in Tim Ferriss’ early writing. believe should actually be viewed as part of productivity hierarchy: elimination, effectiveness, and efficiency.2It doesn’t hurt they all start with the same letter.

Just like the waste hierarchy, it should really read “pursue elimination, then effectiveness, then efficiency.”3“Eliminate, then prioritize, then optimize” may be a bit clearer, but now they don’t all start with the same letter, so. We should try to solve issues of time and output management by working through each step of this hierarchy one at a time, in order, and only moving on to the next one once we’re sure something can’t be solved at an earlier step.

First, eliminate. Ask yourself: do I need to be doing this all? Will doing this produce an outcome that I actually care about, or am I just doing it in response to habit, someone else’s expectations, or my own inability to say no?

If the answer is that you don’t actually care about the outcome, remove the obligation from your life with extreme prejudice.

The classic example here is obsessively checking email, or Slack, or whatever your communication tool of choice is.4Horror story of the week: within the technology organization of a client of mine, teams were expected to respond to messages on no fewer than six distinct chat apps, plus email. Us consultants also got a second email address and seventh chat app for communications with our fellow consultants. What outcome does that get you? Probably the ability to respond quickly to things, but does success in your job rely on quickly responding? It’s not likely — I would guess that fewer than 5% of jobs do. If you’re one of those 5%, you can safely eliminate frequent checking of these platforms, and instead check at less frequent, less interruptive intervals — I can often get away with hourly or even daily. (For more on this, see Coleman’s recent article on the topic.)

Another example is how I approach sorting through my GTD inbox5I only have one that I actually perform GTD-style inbox clearing from. Everything else is provisionally cleared into that inbox.: I don’t ever hesitate to put things into it. But once things are in that inbox, I also don’t hesitate to straight up eliminate them instead of converting them into projects and next steps.

Every piece of paper or email that crosses my desk obviously isn’t important, and many of those can be eliminated, but more insidious is my own ideas of things I can do. For a long time, I used to diligently file away my own ideas in a sort of tickler file because they were my ideas, but now those are the ones I am the most ruthless with. Things only make it to the tickler file if I can already see how they’re going to help me get what I want out of life. Otherwise, I eliminate them — if they were really important, they’ll crop up again.6There’s a little more nuance to this, tbh: I note everything down, because otherwise I get this nagging feeling like I’ve forgotten something. I then consciously decide not to do it, and delete it. If my subconscious/id/whatever bubbles it back up again, I capture it again; after a few rounds of this I’ll decide to dig a little deeper, because obviously something’s there.7When editing this, Coleman sent me a note about his strategy for these “wouldn’t it be cool/I really want to…” ideas that you want to do but really should just be killed: “I have a similar trick — I move them into one big document titled ‘eventually,’ to revisit in the future when I have enough time to add another side project to my life. This lets me feel like they’re not lost without having to look at them (it’s pretty much a write-only file)”

Social media is another good example: what do you actually get out of social media use? Entertainment? Voyeurism? News? Do you really need those things? They’re not necessarily bad things to desire — if that’s what you’re into, own it. But if that is what you’re trying to get out of your social media use, at least ask yourself: is that the best way to get the thing you want, to solve that problem, to scratch that itch? Is your social media experience (the accounts you follow, the platforms you use) optimized for that goal?

If there’s something you think you should do, and you’re sure you want the expected outcome, then ask yourself: is this thing that I’m planning to do the best way to get the outcome I want?

Consider this carefully. Outside of actions with the simplest cause and effect relationships, we have varying levels of confidence in everything that we do in the service of a goal or outcome. How confident are you that this thing will get you the outcome you want? Can you think of a better approach that you would be more confident in? Take it. Have you been trying this approach for a while and it hasn’t been paying off? Maybe downgrade how confident you are in it and try something new.

In the example of chat, the communication that email and Slack and other chat apps provide are obviously important, but what is the goal of staying in contact? Is it to make sure that everyone knows what they need to know? If so, consider an information radiator instead. Is it to communicate status for a specific stream of work? Consider something like JIRA, which is designed to contain all of those status updates and all of that communication for software development, but can actually be used for any number of types projects once they’re broken down into discrete actions with distinct owners.

When it comes to processing my GTD inbox (and in prioritization in general), I find it useful to always ask myself: why? Why am I doing this? What problem does it solve? Many of the things I throw into my inbox are tasks, but the first step in processing those tasks isn’t to schedule them or break them down into next steps, it’s to think about the “why” behind those tasks, and ask if the task that I jotted down or that someone asked me to do is really the best way to solve that problem.

Once you’ve considered if what you’re doing actually is the best way to get what you want, and you’re as confident as you can get, then and only then should you start to think about doing that efficiently.

Third, and only after you’ve done each of these things, optimize. Ask: what is the fastest, or cheapest, or least wasteful way to do the things you want to do?8Depending, of course, on what’s most important to you.

Honestly, talking about how to best optimize is neither what I’m good at nor what I’m interested in. I have friends and colleagues that are wizards with Gantt charts; I’m better at the first two parts of this equation. Coleman is as well, generally speaking; I think this is probably why we’re both a bit opposed to the idea of tips and tricks and hacks and shortcuts. It’s not that tips and tricks don’t have their place, but generally speaking, if you don’t eliminate things that don’t matter and don’t work on the things that are most likely to get you what you want, tips and tricks are never going to be able to make a difference.

So eliminate the things that don’t matter, only work on the things that do, and then (and only then) optimize the stuff you you’re working on. You may not get quite as much done, but you’ll be getting things done that really matter — and isn’t that the point?