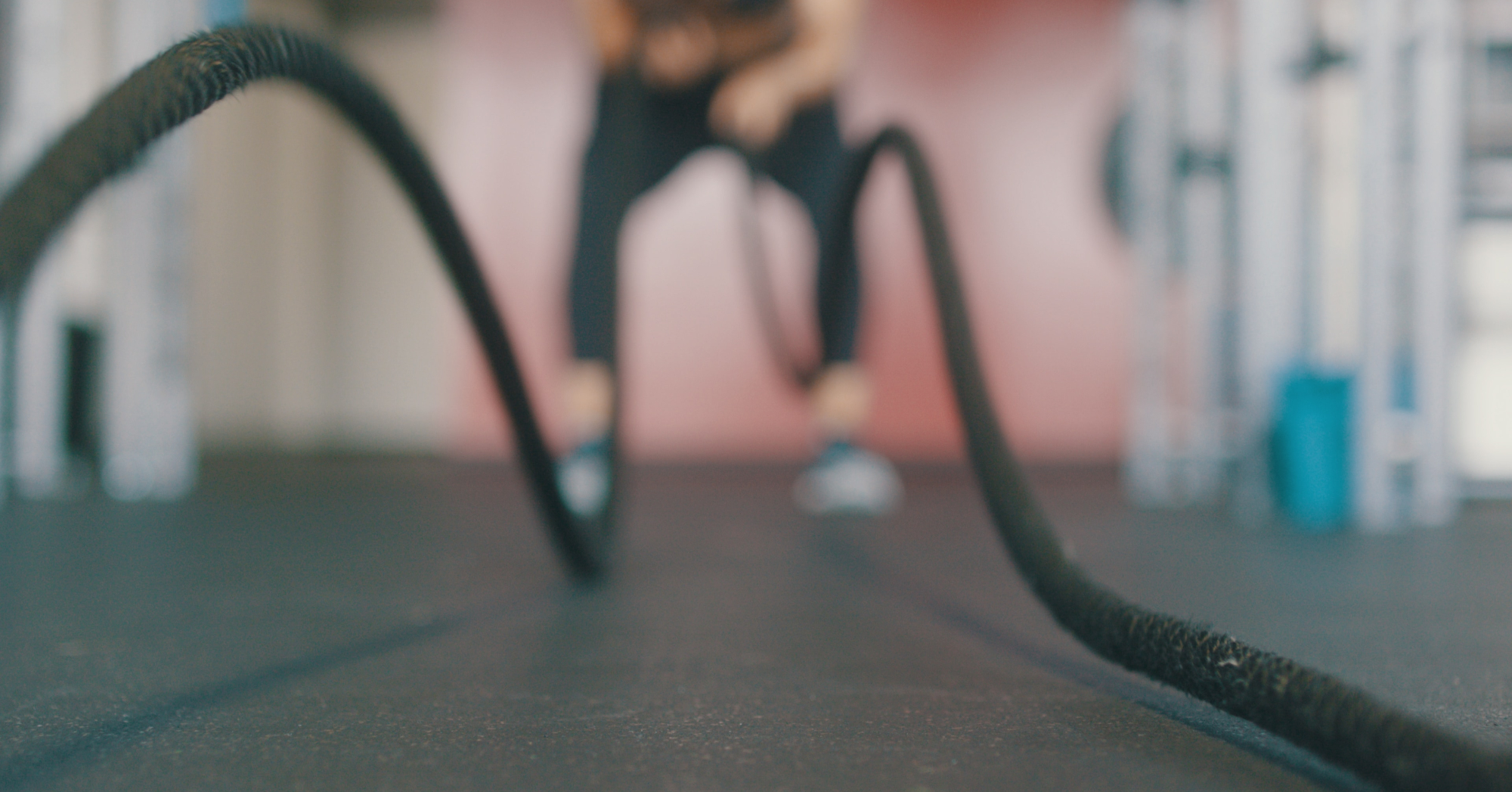 The trouble with working out is that it’s more or less directionless.1To be clear, I don’t think there is anything wrong with using the noun “workout” to describe a bout of exercise. My beef is whether or not that workout is being done just for the sake of “working out.” It’s certainly better than nothing — anything is better than nothing — but the standard semi-random approach to fitness where people just kind of do whatever and hope that it helps, usually with (sometimes stated, usually implied, always inspecific) goals of “die less soon”, “feel better”, or “burn off some calories”2Usually because of too many restaurant meals. Hello, expense accounts and no ability to cook for yourself. or “beach season!” is probably the worst possible approach to physical activity there is.

“Working out” is not sufficiently motivating

When you’re living the busy life of a business traveler (or even when you’re not), it’s incredibly hard to carve out the time and space to do the exercise, no matter why you’re doing it. While “die less soon” or “feel better” or one of their many variants are extremely reasonable goals to have, they’re just not going to get you to not flop down on the hotel bed after a long day and see if they put anything new on Doordash.

The reason why they’re not sufficiently motivating is outside the scope of this article, but it’s has to do with the fact that we, as humans, are incredibly bad at optimizing for far-off and nebulous positive outcomes, no matter how valuable or certain they are.

“Burn some calories (so I don’t gain weight)” might seem a little more close-up and obviously valuable, but I think it’s also a demotivational goal for it for two reasons: for one, it implies a fairly messy relationship with weight and food consumption that I don’t love3Food shouldn’t be punishment or reward.; but more importantly burning calories via exercise is pretty much the least effective form of weight management imaginable.

Training, unlike working out, is goal-oriented. It’s about trying to improve a specific thing, like your strength, speed, endurance, power, or skill at a sport — and even though the goal that you’re trying to achieve when training isn’t directly related to health and longevity and productivity and all of the other lovely benefits that come with exercise, all of those perks are still there.

By working towards a goal that you can really sink your teeth into and make obvious progress towards in the short term, you actually increase motivation. It’s a bit of motivational ju-jitsu: by not focusing on exercising to get all of the health and brain benefits, you make it more likely that you’ll actually do the exercise and get all of the benefits.

If your exercise life feels kind of aimless, you’re probably working out and not training; but there are a few other warning signs that it might be time to switch it up and make it a little more goal-oriented::

How to start training

If any of those signs sound familiar, then I strongly suggest reframing your activity practice from “working out” to “training.” In my experience, the goal-based nature of training makes it so, so much easier to show up and exercise day after day after day.

The first step is to pick a goal, any goal.

My favorite kinds of goals are all capability-based: being able to run a certain distance5e.g. a marathon, or a fixed distance at a certain speed6e.g. a 20 minute 5k, lift a certain amount of weight7e.g. a bodyweight bench press, or perform a certain yoga pose8e.g.crow pose or some other kind of hand-balancing asana, or even participate in some kind of event like an obstacle course run.9e.g. a spartan run Just make sure it’s one that you think will be sufficiently motivating to get you moving even after a long day on a client site.

Then, find some kind of training plan for hitting that goal. The internet is a shockingly good resource for this, especially when you’re just starting out — the number of beginner running and weight training programs out there are too many to name. Don’t worry too much about which plan you’re going with; at this point actually getting yourself to follow the plan is more important than the plan itself.

One last trick to training is to add some stakes. Goals are valuable and motivational, but it’s often far too easy to blow off the goals you set for yourself if there aren’t any consequences to not following through. The easiest way to add some consequences to not hitting your goals is to sign up for some kind of competition. Don’t just try to run a marathon on your own time, sign up for a marathon, ideally with some friends so that if you can’t finish, you’ll look a fool and/or let down your friends. Working towards an event that you’ve already paid for, especially one that also adds a small element of social pressure, taps right into the primal centers of our brains worried about loss aversion and social acceptance and therefore does wonders for motivation.

If all that seems a little too type-a for you, or you feel like you just can’t handle another outcome-oriented part of your life on top of your other responsibilities, there’s also another way to get out of the “working out” trap: moving.

Moving is effectively the opposite of training — explicitly goal-agnostic movement. It can look like exercise from the outside, but the key difference is that your motivation for taking action is the sheer enjoyment of doing damn thing. It’s ok if however you move has residual health benefits (it almost always will), but it’s important to always index first on enjoyment and health benefits second. Some people just love going for a run after work. Some people love the community of fitness classes; despite the trappings these can easily fall into “movement” as well if you let them. 10I know some folks who are obsessed with Orange Theory, and would do it even if it didn’t confer health benefits. Others like nice long walks. Some people even play Dance Dance Revolution.

Personally, most of my exercise comes from training, but I also like to just move from time to time. I recently got an old bike11Coleman’s old bike, actually. fixed up for a friend to use on their commute, but before I handed it over, I rode around on some bike trails in Chicago, seeing how fast could go in little bursts, exploring off the trail a little, and generally having a grand ol’ afternoon.

I also play rugby pretty much every summer, which is an interesting example — I train for the games, but the game itself is sheer moving for the joy of moving. Sometimes I walk home from places where I could take transit, or go for walks around the neighborhood. You may not like the same things as me, but still: do whatever you get a kick out of.

Whether you move or you train is ultimately up to you.

I have a sneaking suspicion that a lot of the folks who read this blog and travel for work are type-a lunatics like me — I’m far too good at not doing things for the simple enjoyment of them when there’s goal oriented stuff to be done. If that’s the case for you as well, I’d probably recommend some kind of training.

But: if you’re the kind of person who is prone to sneaking out of the office a little early to go do something enjoyable, maybe try a little bit of moving instead. Either way, the important part is that you stop “working out”, which is to say: stop approaching fitness with a nebulous hope for progress or resigned sense of obligation. Either figure out what you want and go get it, or give up on any kind of outcome and do what gives you joy.

More generally, stop doing semi-goal-oriented anything. This problem is probably most pervasive in fitness, but you see it everywhere: career paths, personal finance, even political action. If you commit, commit, figure out exactly what outcome you’re trying to achieve, and make a concrete plan to go get it. The motivation and productivity that commitment will bring is astounding.

There’s no point in spending your life vaguely guilty that you’re not doing something you “should” be doing. As the great Ron Swanson once said: